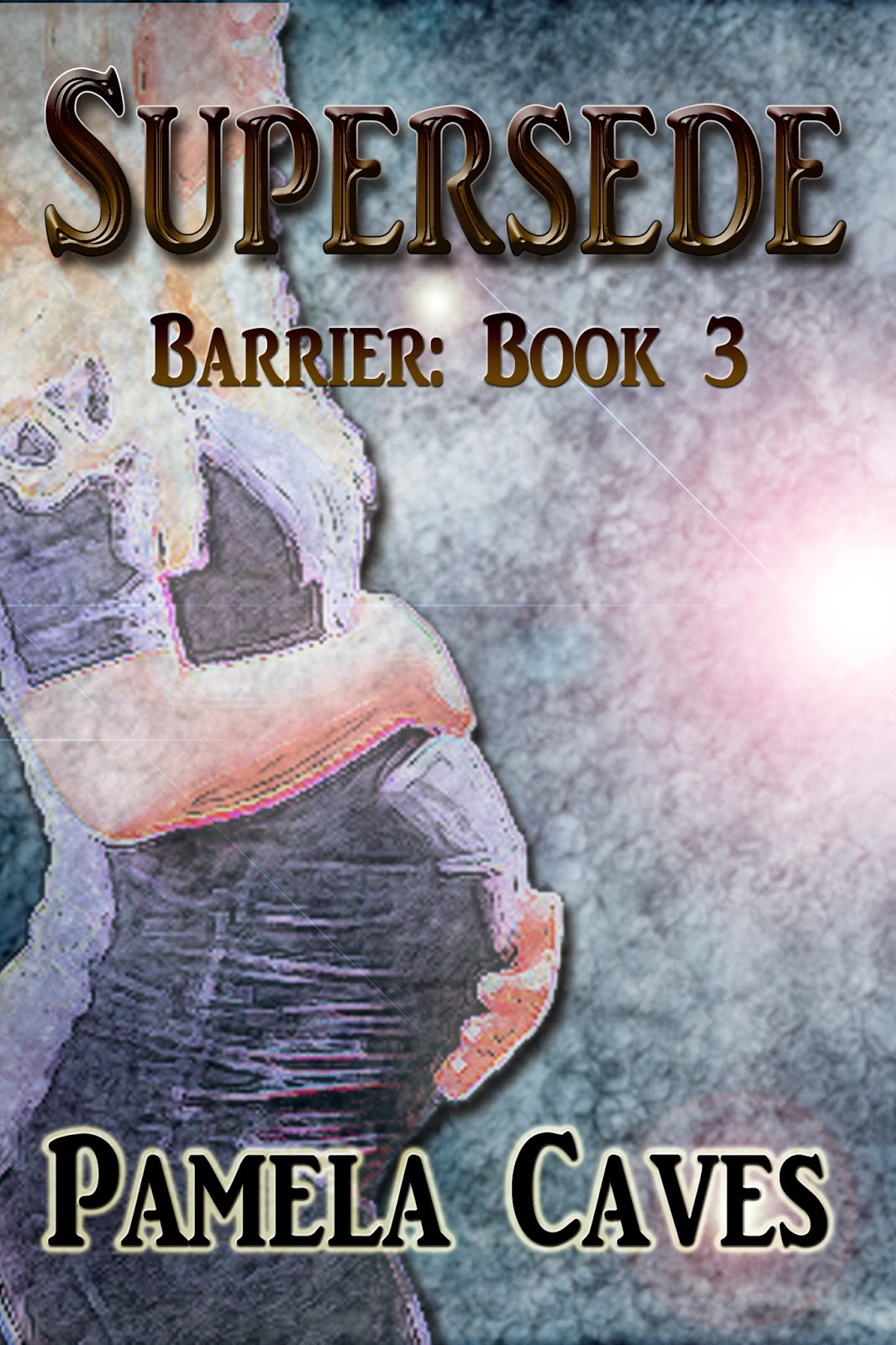 Available on Amazon, Barnes and Noble, and Smashwords (in many formats)! Look for it on your favorite online book retail site!
I.
Sky Legend
It had been the longest damned day of my entire career.
Wait... let me think on that a moment. Thirteen years of military service under my belt; yes, still the longest day.
But I hadn't known just how much longer it would really be.
I’d spent two weeks planning today’s events: the execution of the preparedness trials for General Hashan Zatokitan, the leading military general of the United Alliance. It was an honor to host such a guest but also a tiring burden. I was ready for a nice, hearty supper with my husband and my wonderfully soft bed (husband optional since our bed seemed smaller these days).
On the way to my closet, I happened by my full-length mirror and couldn't help but take pause. I was only thirty-three weeks pregnant but felt, and dare I say looked, as huge as a house. It was weird, though. I thought at the beginning of this journey that I'd mind the changes in my body but, honestly, they didn't really bother me. I felt my sons move and grow and it filled my heart with awe and love. Austin still found me attractive and my twins and I were healthy. Nothing else mattered.
I heard the front door to our apartment open. I left the bedroom to find Austin hunkered over the control panel.
"What are you doing?" I asked. I took a few more steps forward and was surprised to see his shoulders heaving with labored breathing. He was creating a new override code for the front door lock. "Austin?"
A gasp escaped my throat when he suddenly jumped up and ran toward me. He took one of my hands and lightly ran the fingers of his other hand over my protruding belly. Sweat glistened over his forehead and his eyes were laced with worry. "Sky, I love you."
"What is going on?"
"I want you to know that I'm sorry. I never meant for it to happen like this."
I swallowed a ball of fear and felt tears welling in my eyes. "You're scaring me."
"I love you and my sons more than anything. Please know that."
I jumped when something from the outside hit our front door so hard that a vase on a table nearby fell over. A series of heavy knocks followed.
"Chief Legend! Come out now with your hands up! We'll take you by force if necessary!"
I tried to ask again but the words refused to come; the horrified expression on his face was enough to stall my words. I breathed heavy with him and tried to keep the bile down.
"Whatever you do, please don't believe I had anything to do with it."
"I don't understand..."
"Jackson will explain..."
The code on the door didn't hold long. As soon as the door came open, a security detail rushed inside. I didn't know what I expected to see given that my husband was the head of security for Special Services Division 32, but I didn't expect a security team from General Zatokitan's personal staff.
One of them grabbed Austin and threw him to the floor, not an easy task given his muscular frame. When I screamed, another one grabbed my arms and pulled me away. I struggled but the security detail begged me to calm down for my babies’ sakes. Austin didn't seem to want to struggle at all, as if he knew he was defeated.
"Get your hands off of her!"
Jackson Montgomery, Austin's assistant and our long-time friend, came around the corner. At the mention of me, Austin tried to wiggle around as they cuffed him, yelling something I couldn't decipher.
"I don't take orders from you," growled the officer still digging his fingers into my bicep. I wanted to punch him, or, at the least, kick him in the balls, but I was afraid he'd hurt me in turn.
Jackson marched up to us, anger spreading across his face in one red swipe. He removed the officer's hand from my arm and proceeded to stand between us. "You just made me the acting chief of security by arresting my superior and this is my base, so yes, you will listen to me."
They pulled Austin up from the floor and began leading him out without so much as a word of explanation. This was ludicrous. Maybe this was my preparedness trial. Maybe this was a fake scenario designed to see how I would react. I grasped at this little lie and anything else that would help me make sense of what had just happened.
"Wait!" I yelled and started after them.
One of the general's officers stepped between me and the door.
I whirled around to Jackson and the officer who'd left his finger imprints in my arm. "What the hell is going on!?"
The officer barely glanced at me. Instead, he smirked at Jackson. "I'll let you have the pleasure of telling her about her traitor husband."
"Wh… what?" I stammered.
He finally addressed me. "In the meantime, you are to clear out of your apartment right now. We're commencing a search."
"On whose authority?"
"General Hashan Zatokitan."
Jackson put his arm around my shoulders. "Sorry, Sky, but we need to go."
"Are you fucking kidding me?" I wasn't one to curse, but there it was. That's how ridiculous this entire scenario was. "Where am I supposed to go?"
"It will only be a few hours. We'll figure it out, okay? Please, just come with me and I'll explain."
I stood there a moment longer. Maybe to glare down the offending man? I didn't know. He'd already busied himself with something else, my shattered world apparently of no interest to him.
﻿
Posted by Pam at 11:11 AM No comments:

Sky Legend is currently serving as the chief control officer on SSD 32.

Sky Monroe was educated outside of the United Alliance but decided to join upon her graduation. She held posts in engineering since, moving quickly up the ranks to eventually reach the head of Control on Special Service Division base 32.

While stationed on the battle cruiser, Telgin, as the assistant engineer only a few short years before her posting on SSD 32, she met Austin Legend, a security officer aboard the ship. The two started dating and eventually married. Soon after, they both applied for positions on SSD 32 and were accepted. Within two years, they found out they were expecting twins. Sky gave birth to Killian and Hollis Legend within the story, "Supersede", book 3 of the Barrier series.

Sky is an average to tall human with an athletic build. She has long, straight blonde hair.

Though generally soft spoken and kind hearted, she is an assertive woman who manages with no-nonsense. At times, she seems to have a short fuse but keeps it under control fairly well.
Posted by Pam at 8:57 AM No comments:

Teenager Lenya McKay is a Human currently holding a civilian position on SSD 32. She is Chief Sky Legend's personal assistant.

Lenya has not had the easiest of lives. At sixteen, she lost both of her parents to the Snarls. (See "The Purpose of Pain", Book 2 of the Barrier series). She was granted independence so long as she continues her education, holds a job, and pays her bills.

Lenya is young with an average build, if not a little on the thin side, and light-brown hair bordering on blonde. She tends to be a little awkward both physically and emotionally which is not "untypical" for a human of her age.

Lenya is a stubborn young woman but still approaches the world with a bit of caution which makes her seem a little stand-offish at times. She has a hard crush on Corporal Zhoven Spiridon of Assault Squad 13.
Posted by Pam at 8:36 AM No comments: 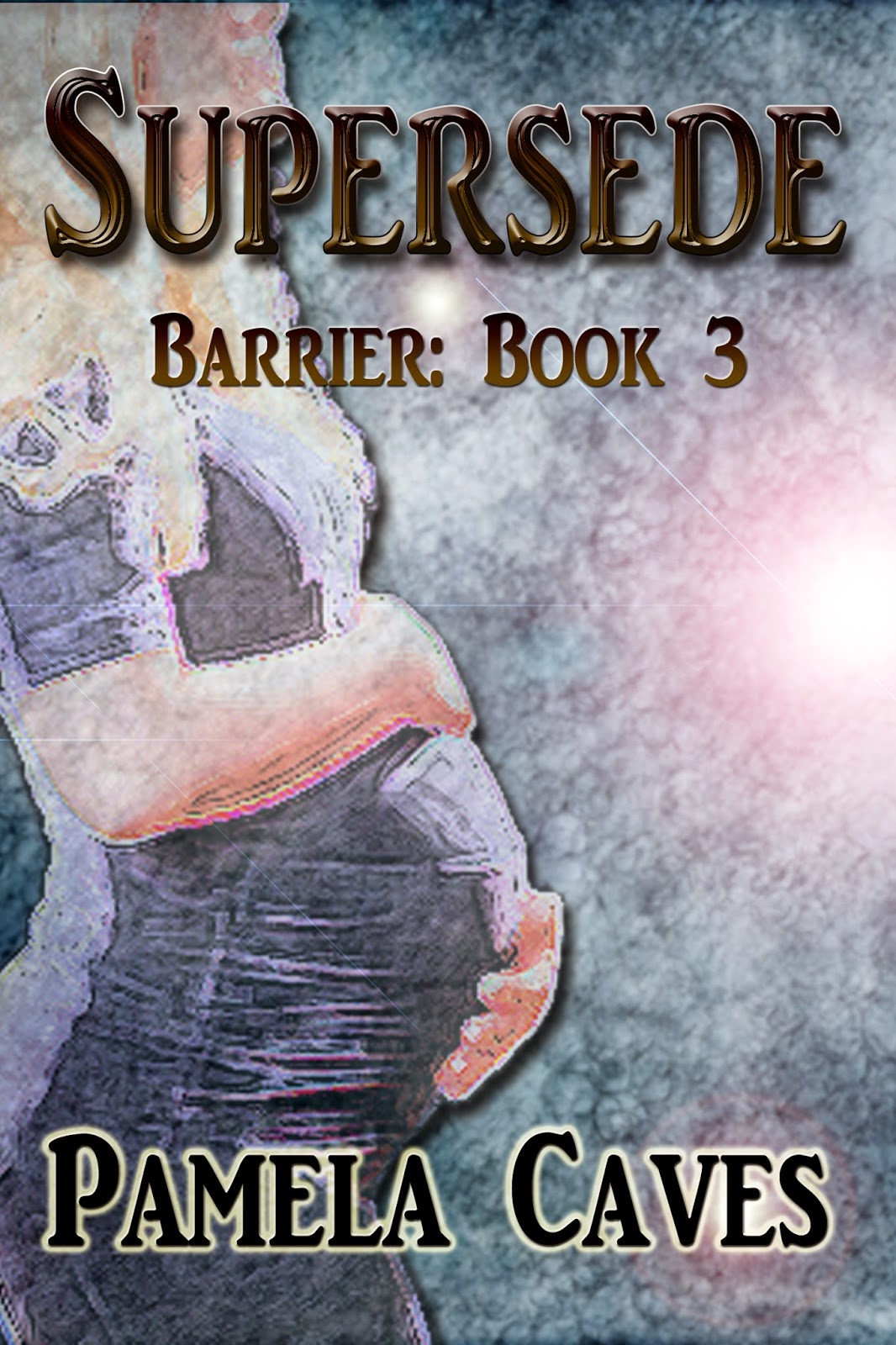 New Barrier in the works!

More and more readers have been discovering Barrier! It has been a while since the last release but don't worry; Fiction Lake and Pamela Caves are working to bring you the next installment of the series.

In the meantime, read up on the background and info we have here so far. Send us questions and comments and let us know what Sky and Austin should name their babies.

Thank you for reading and stay tuned for more exciting Barrier adventures!
Posted by Pam at 11:19 AM No comments:

Zhoven Spiridon is a Roen currently serving as minor weapons officer on Assault Squad 13 on SSD 32.

Zhoven is pretty secretive when it comes to his past. If he has family, he doesn't talk about them. All that is known about him is his service record. He pushed himself through the UA academy with a focus on security and weapons and was stationed at a border patrol station for a couple of years before being transferred to SSD 32 when the cease fire ended.

For a Roen, he is average in height, which is comparable to the height of Human males. His eyes are a striking shade of mauve and his hair, a very pale yellow, is fine down, as typical of full-blooded Roens. He is young, in his early 20s in Earth years. He carries a muscular build, as a result of hours of weapons and security training.

Zhoven is a very quiet individual, and though he becomes good friends with squadmate Alex Ashler, he is not taken in by Alex's attempts to "corrupt" him.

Zhoven's hobby outside of his work in weapons is that he loves space racing and enjoys "souping up" vehicles for races. He enters amateur racing competitions often and even holds a couple of titles.

To read about Zhoven's introduction into Barrier, see Barrier: The Purpose of Pain. Find this title and more by clicking here.
Posted by Pam at 10:11 AM No comments:

From the Author: What's next for Barrier? 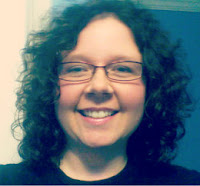 See how the latest Barrier promotion went and hear some news from Barrier author, Pamela Caves.

About Barrier and next projects on the agenda.
Posted by Pam at 8:05 AM No comments:

Get updates to your email!

Promote Your Page Too